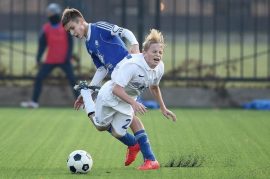 Most frequent injuries in children football!

Whatever football lovers say, this sport is one of the most traumatic types. Parents, of course, should not think about whether or not to look for a child less dangerous sport. No – football all over the world is the number one sport, the most interesting and entertaining game that can give a lot of positive emotions to fans, and players have a good income level. In addition, football players have a strong physique, developed muscles, and are well coordinated. Therefore, this sport develops a child very well and fully.

Today we touch on the topic of injuries in football – we will find out the most frequent injuries, methods of treatment and their prevention. We will not take into mind the player’s constant friends – shiners and bruises, but stop on more serious troubles that can happen on the football field at almost any age of the child. 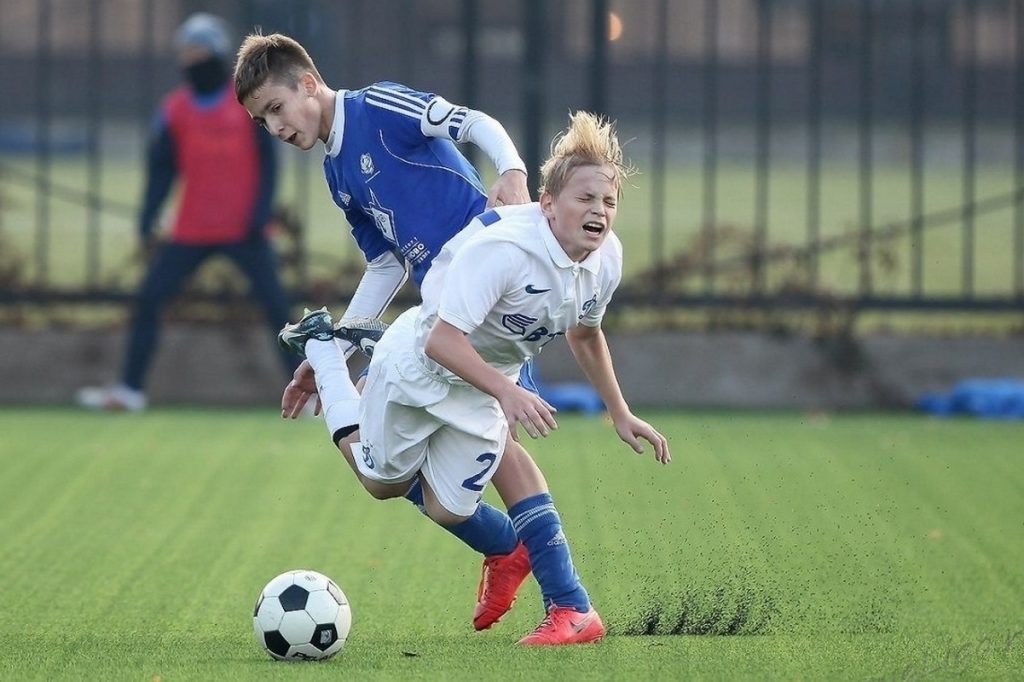 Most injuries of children from 8 to 18 years in football can be classified by frequency of happening:

The remaining injuries of football players are 17% – these are back injuries, fractures of the limbs, dissections, and others. Let us stop on the most basic of them and analyze the mechanisms of the happening of injuries in football, ways to eliminate, prevent and restore the body.

There are only three main injuries, which are quite often happen with children:

а) the number one from serious is the sprain or rupture of the anterior cruciate ligament. One of the most happen football injuries. 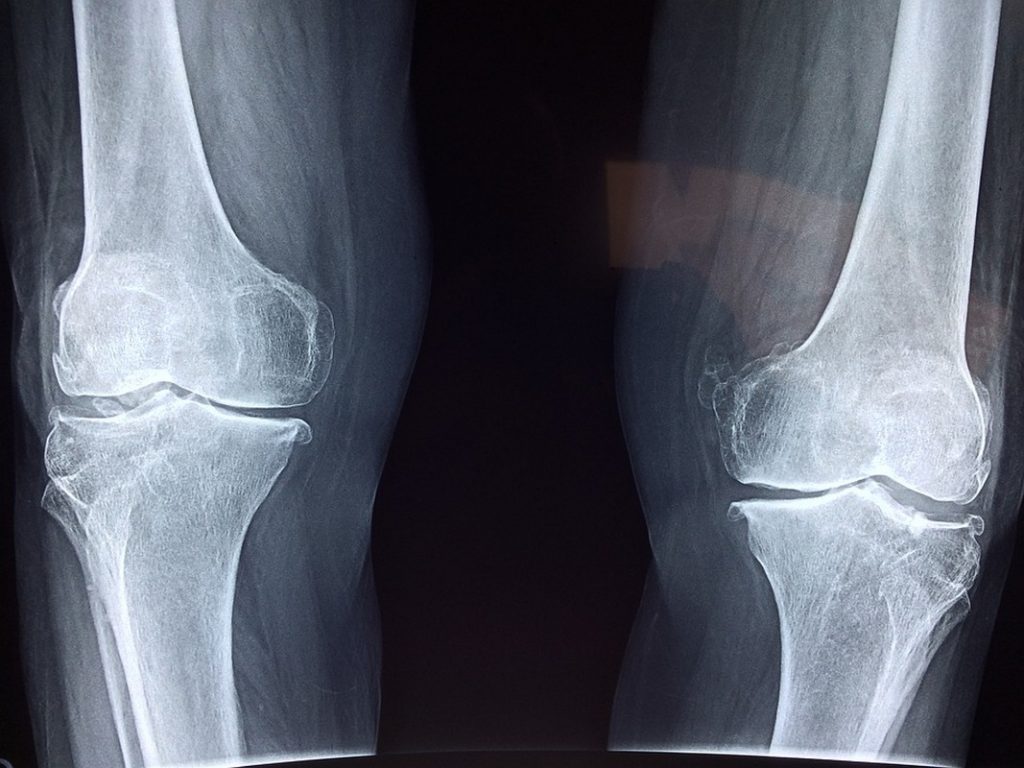 Stretching or rupture of the anterior cruciate ligament is characterized by a very painful feeling immediately after injury, extensive tumor of the knee.

Injury is usually due from the force that rotate the knee while the legs are straight and firmly on the ground or when landing. A gap can also happen from a direct hit to the knee or a fall on the knee, which is spread in football.

b) on the second place of injuries in the knee joint is a meniscus rupture.

It also happens, as in the previous case, due to rotating of the joint or direct pain contact. Accompanied by a tumor of the joint within a few hours after the injury

Due to structure, the knee joint has two meniscus cartilage in the form of half rings or sickles. Menisci are located on the inner and outer surfaces of the tibia. They are important shock absorbers that provide the necessary joint’s stiffness and load spreading from the femur to the tibia.

As it is also called – growth disease – a disease of non-inflammatory nature, accompanied by bone necrosis. Schlatter’s disease happens due to intensive bone growth in children from 10 to 18 years. It can happen both on one knee joint and on both legs. In other words, during the period of intensive bone growth of a child, the place of junction of the ligament of the patella to the tibia “does not keep pace” with the growth of bone tissue. Breaks in the ligamentous fibers happen, the junction place swells, tubercles appear.

The main causes of Schlatter’s disease are overload, microtrauma of the knee and excessive tension of the ligament of the patella with contractions of the quadriceps femoris in professional football. According to statistics, growth disease happens in 45% of teenagers who are actively involved in sports, and only 5% of children who are not involved in sports.

Schlatter’s disease manifests itself with non-intense pain in the knee during bending, squats, climbing or descending on stairs, and pain increases after increased physical exertion, intense training, and participation in competitions. The pain happens in the area of junction of the patellar tendon to the tibial tuberosity. Here, swelling of the knee joint happens.

Treatment and recovery for injuries of the knee joint.

Treatment for injuries and diseases of the knee joint is prescribed either medication or surgery, depending on the severity of the injury. First of all, it is necessary to exclude physical activity and ensure the maximum possible rest of the affected knee joint. The recovery takes a long time and the athlete must be careful to quickly “enter” the training rhythm if he wants to continue his football career. Capacities must be given gradually, with low intensity, following the instructions of the doctor. There can be no identical recovery methods and only the attending physician can determine the severity of the injury and the period and nature of the recovery for a certain athlete. 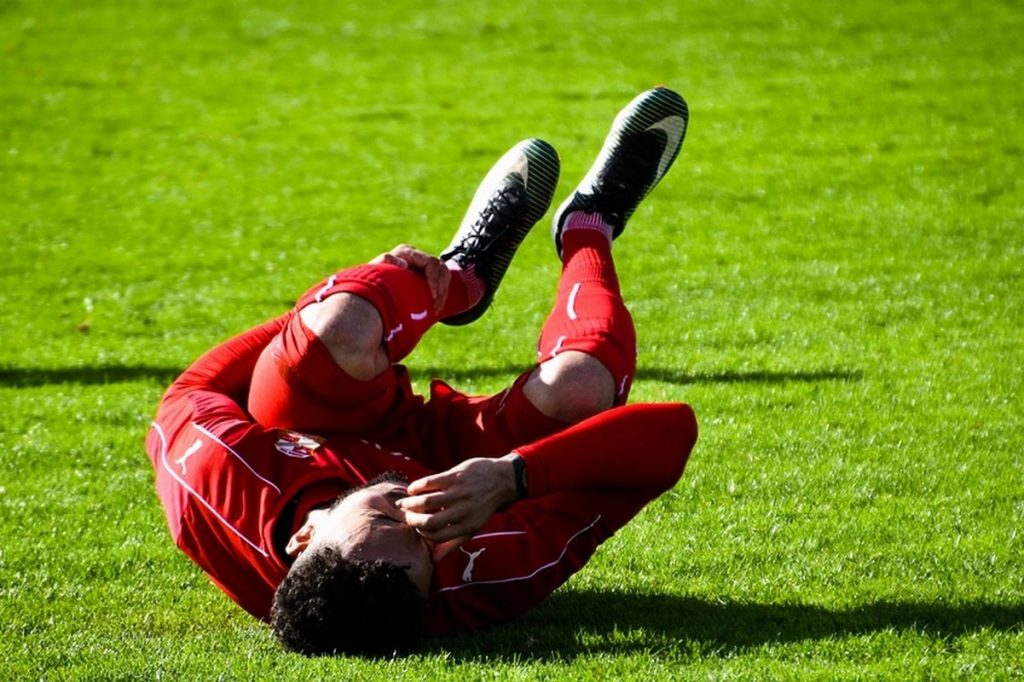 The treatment, basically, is medication. Doctors use anti-inflammatory drugs, compression bandages or taping, laser and ultrasound treatments, massages to reduce pain and swelling and to speed up the healing process of tissues.

Painful sprain of the thigh muscles happens due to excessive loads to the muscular system. Thus, the anterior rectus femoris muscle is usually injured within striking the ball, and injuries of the muscles of the posterior thigh happen within speed-up. Treatment, as in the previous version, is making by the help of ointments and procedures that reduce inflammation and accelerate healing.

The function of the adductors is the reduction and abduction of the legs. It is very easy to damage such long muscles with poor muscle warming. The adductor muscles are involved in movements when it is necessary to quickly change the direction of movement, during the ball stealing, lunges. Treatment for injuries of the groin muscles is prescribed by the doctor: from massage, ultrasound and laser therapy to surgery.

Football is a very contact sport. Players are falling due to collisions, during sudden stops, violations by the opponent, when striking head or foot in the air. There are many Injuries of the upper limbs: from sprains of the muscles and ligaments of the wrist to fractures of the ulna or radius, as well as fingers.

Treatment is prescribed by a doctor and it completely depends of the nature of the injury. 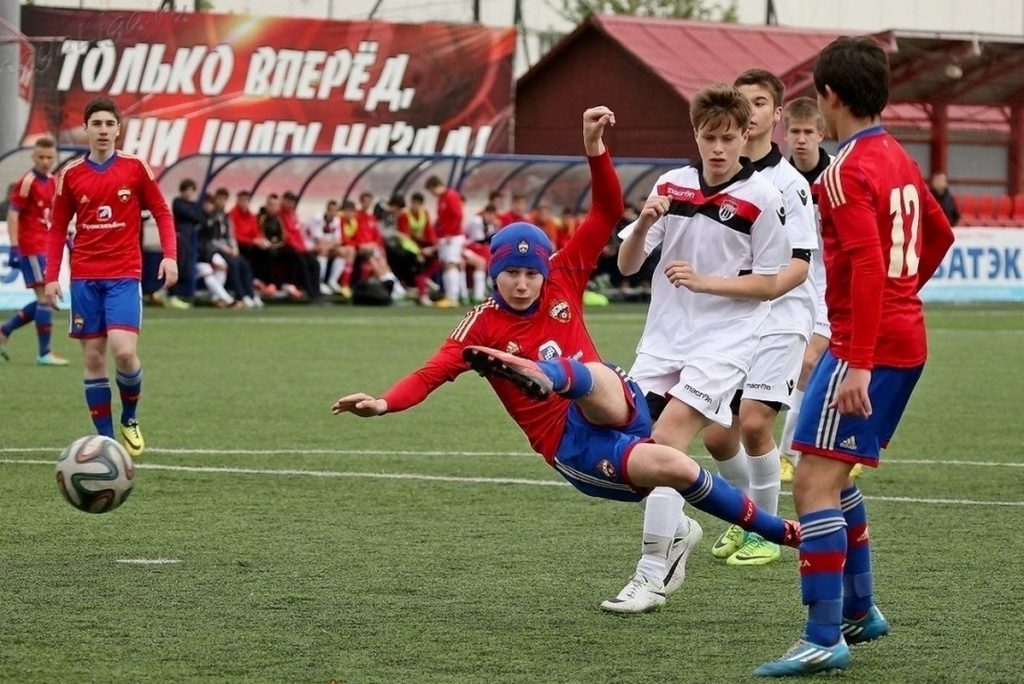 Analysis of the appearance of football players injuries.

We have listed the most frequent injuries and diseases in children’s football. Now let’s analyze the causes of their occurrence. Due to statistics, injuries, according to the mechanism of damage can be classified into contact injuries and non-contact.

Each injury has its own mechanism of occurrence and we can still identify the general statistic, according to it – 41% of all injuries happened as a result of contact with an opponent. The largest percentage of such injuries is in the knee joint – 61%, the smallest percentage is injuries of the upper limbs – 32%.

At the same time, due to insufficient preparation and training, insufficient warming up of muscles, wrong movement technique, weak ligaments of single joints, more injuries and deseases happen. A particular place in injuries is kept modern coverings and footwear of football players. We attract attention to this, first of all, of coaches who are obliged in their trainings to pay attention to a full-time warm-up, general developmental exercises, exercises from related sports to strengthen the musculo-skeletal system and small muscle groups.

The main causes of contactless injury are sudden stops with a turn and landing on a straightened leg. These technical elements lead to trauma of the cruciate ligaments of the knee joint. This type of injury is one of the most frequent among football players. In modern realities, our children, unfortunately, are forced to train and play mainly on artificial fields. They have among all other advantages a clear disadvantage in comparison with a natural grass field – softness. Therefore, if possible, we recommend trainings on grass fields during the summer, and not to miss the enough warm-up during the winter sessions. The size and weight of the ball, which the child uses is playing a rather significant role.

We recommend that coaches organize theoretical sessions where players can discover the main ways to prevent injuries:

In case of pain, an athlete needs to immediately stop the game and consult a doctor, undergo the necessary researchings to exclude relapses and more serious injuries.

So, we learned what the main injuries are found in children’s football. We also learned how this or that injury is treated. The period and nature of treatment and recovery is determined by the doctor, and the player must gradually enter again to the training process, following the guidance of the coach. 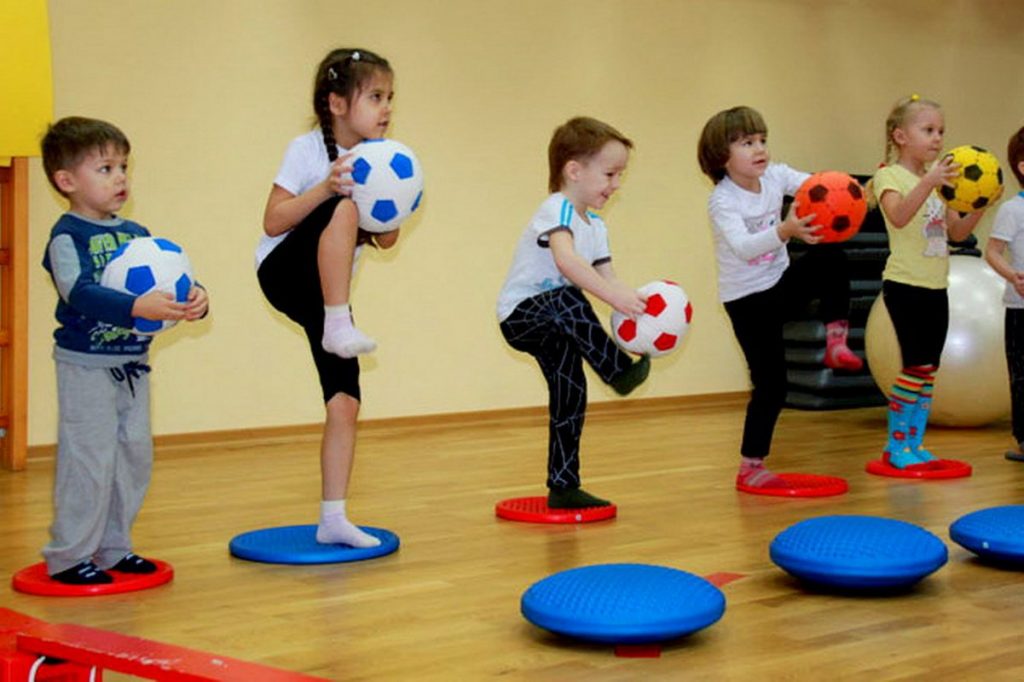 We learned that most injuries in football are due to insufficiently prepared muscles and ligaments, excessive tension, side factors such as field coverage, ball weight, size and composition of the player’s shoes. We recommend to the coach to use in his arsenal exercises for developing and strengthen ligaments and muscles, as well as to restore the body after exertion.

Using such a technique will strengthen the muscles and ligaments of young players and also perfectly develop them. The training process in Academy of Planet and Sport Planet Football Camps keeps all these requirements.

READ ABOUT FOOTBALL CAMP IN BULGARIA

READ ABOUT FOOTBALL CAMP IN GREECE